Our company has always been a family business – and has developed from a one-man contract business to a joint trading business. But let me just give you a brief report: The company Carl Klostermann Söhne was founded on 1 October 1891 by my great-grandfather Carl Klostermann. He had made it his business to produce braided articles of all kinds – and was very successful with it. In 1922 his two sons Carl and Heinrich joined the company and specialized in the production of shoe laces. After the end of the war, Carl Klostermann’s sons, Karl and Heinz, took over responsibility and continued to expand the company – finally handing it over to me and my husband in 1991 and 1998 respectively.

Tying in with old traditions

In 2002, we succeeded in acquiring production shares of a traditional Wuppertal company and thus also secured the preservation of old strand machines. We still braid on these machines today – and produce not only rubber litz and buttonhole rubber litz but also the finest shoe laces. 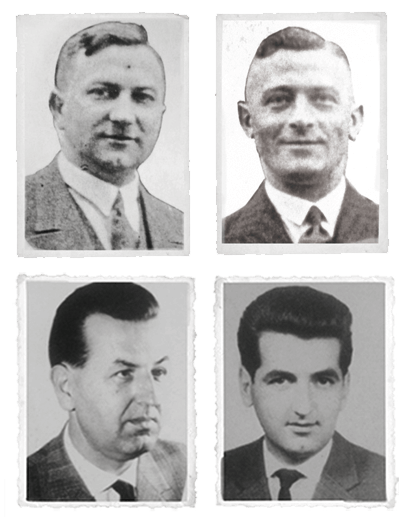 It is again a snowy winter in the Bergisches Land. Only two years have passed since the war, which will later be preceded by a number: World War I. The family survived the time well, and the Carl Klostermann company was also able to keep its machines running. The future managing directors Carl junior and Heinrich Klostermann turned out to be a good team that always found solutions for the production when a shortage of raw materials around 1930. Grandpa Heinrich and great uncle Carl junior have been running the business for ten years. They are happy to take on new impulses, even if modern ideas of “advertising” forced them to improvise. Both learned their trade extensively, because Carl senior introduced them to the company at an early age and showed them all the tricks and knacks. He explained to them how to negotiate honestly, perhaps leaving out the odd detail here and there, and thus always achieving the best. And which tricks have to be done in production so that the manufactured ribbons and belts also offer the quality for which the family name Klostermann must stand. Now, in cold January 1920, Carl junior and Heinrich start in their The second generation discovers modern advertising. Their ideas will reverberate for a long time Whether emperor or chancellor – laces always go first year as sole managing directors. The emperor was driven into exile, a young republic is born Before them lie the years of terrible inflation, militant uprisings between French soldiers and the Wuppertal Freikorps, and the worldwide collapse of the economy.

In the 1920s, when Carl jun. and Heinrich took over the company, there were no regulated vocational training programs. The necessary knowledge is passed on from older to younger people. From the master craftsman to the apprentice, from the foreman to the worker. And of course from father to sons. We are very pleased to have found a thick notebook in our archives with notes, notes and machine settings for the production of many different types of wickerwork. Just like a chef collects his favorite recipes, the monastery men have collected their production instructions here. Over the years this has resulted in a thick and detailed manuscript of braiding technology. Today we can learn from it what expertise our ancestors already had. And we realize that it is no coincidence that Carl Klostermann Söhne has been around for so many years. From the very beginning, production was prepared to the best of our ability and quality was continuously monitored. At that time, they certainly did not think about optimizing efficiency by reducing waste. Or the creation of a continuous product quality to ensure the characteristics of a branded article. Back then, people simply did their best. Because that’s what you do. In the Bergisches Land. With the Klostermann family. 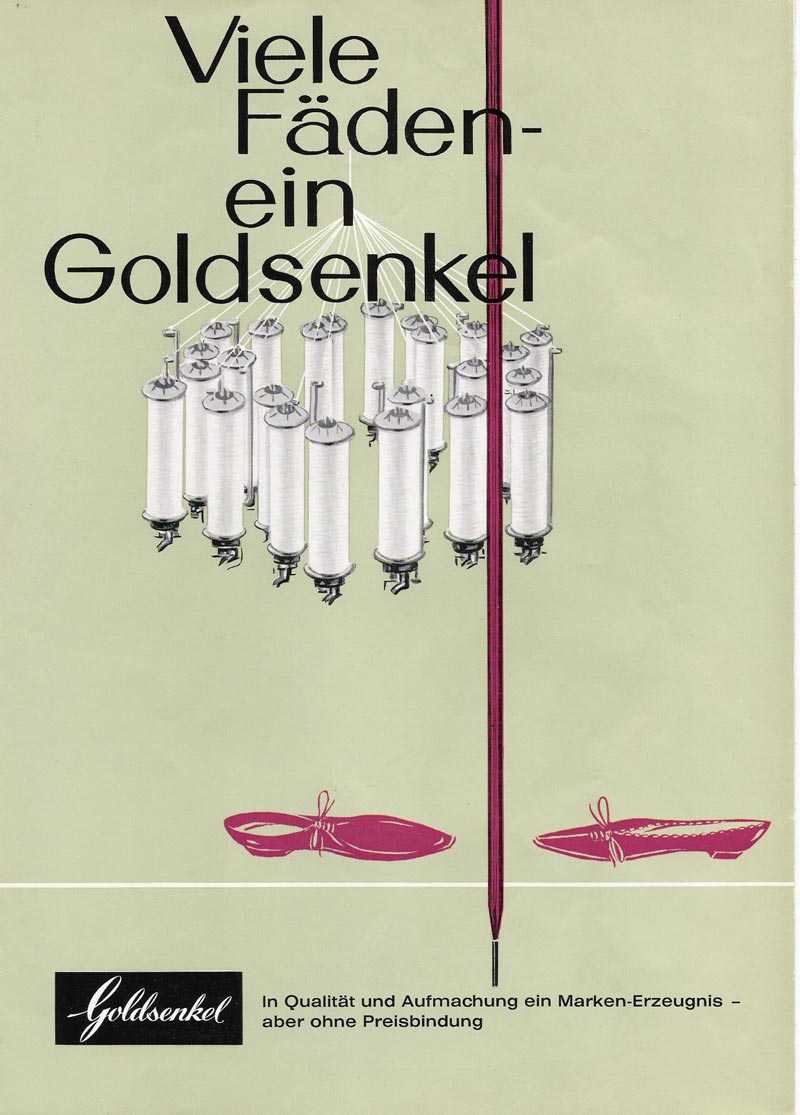 After the 2nd World War, it was again time for a generational change at Carl Klostermann Söhne. Grandfather Carl “junior” had died during the war, for uncle Heinrich it became more and more difficult to continue the responsibility of the company on his own. In 1945 he had been managing director for 25 years, and like his father, he had led the company through several crises and through a war. In the mid-1940s, his son Karl Klostermann took over the management of the company and introduced his brother Heinz, 8 years younger than him, to the business. Uncle Heinrich remained involved in the day-to-day business as an advisor, but slowly withdrew to enjoy his well-earned retirement. History seems to be repeating itself – because the two new bosses also faced many challenges that a post-war period brings with it…lack of supply everywhere and an almost non-existent market economy. It was the great luck of the company Carl Klostermann Söhne that the production machines acquired in the past were of the highest quality, were constantly well maintained and also the war damages could be repaired quickly. Once again there was a lack of raw materials, but above all of infrastructure for the sale of the company’s own products and a means of payment that the population could trust.
In 1948, when the young republic also gave itself a new currency with the DM, everything changed overnight. Even though Germany lay in ruins, a new hope could be felt. And Karl and Heinz were soon able to announce that the Carl Klostermann company could now once again provide its products in first-class “pre-war quality”.

Of course…also the popular “Goldsenkel” was available again, from the middle of the 50s even more beautiful than ever before ! With the blossoming of the economy the demand increased rapidly; people in Germany were hungry for new products. So new variations of the golden lace were offered again and again – laces in new, bright colors for fashionable footwear, long salmon-colored ribbons for corsetry, two-color woven straps for sports shoes or innovative laces because “perlon-reinforced”. Karl and Heinz have taken up the embers and rekindled the fire – and always demonstrated the same inventiveness as their ancestors. Because the 3rd generation was also given the striving for quality craftsmanship in combination with commercial skill. They recognized the signs of the times and relied on modern advertising measures to keep the “gold sinker” as a brand product alive in the memory of the customers. For the new trend of self-service stores, they developed pretty sales boxes that made it easy for customers to find the right lace. The success of the advertising campaigns made “Goldsenkel” almost a generic term for all shoelaces, just as we still say “Uhu” today when we mean an all-purpose adhesive. As pleasing as the success was…the “golden shoelaces” popular with customers in the mid-1950s also attracted many free-riders, who quite brazenly brought shoelaces labeled with “golden laces” onto the market. And there were more and more! No matter how many ideas the monks had… unfortunately they had failed to register trademark protection for the “Goldsenkel” in earlier times! 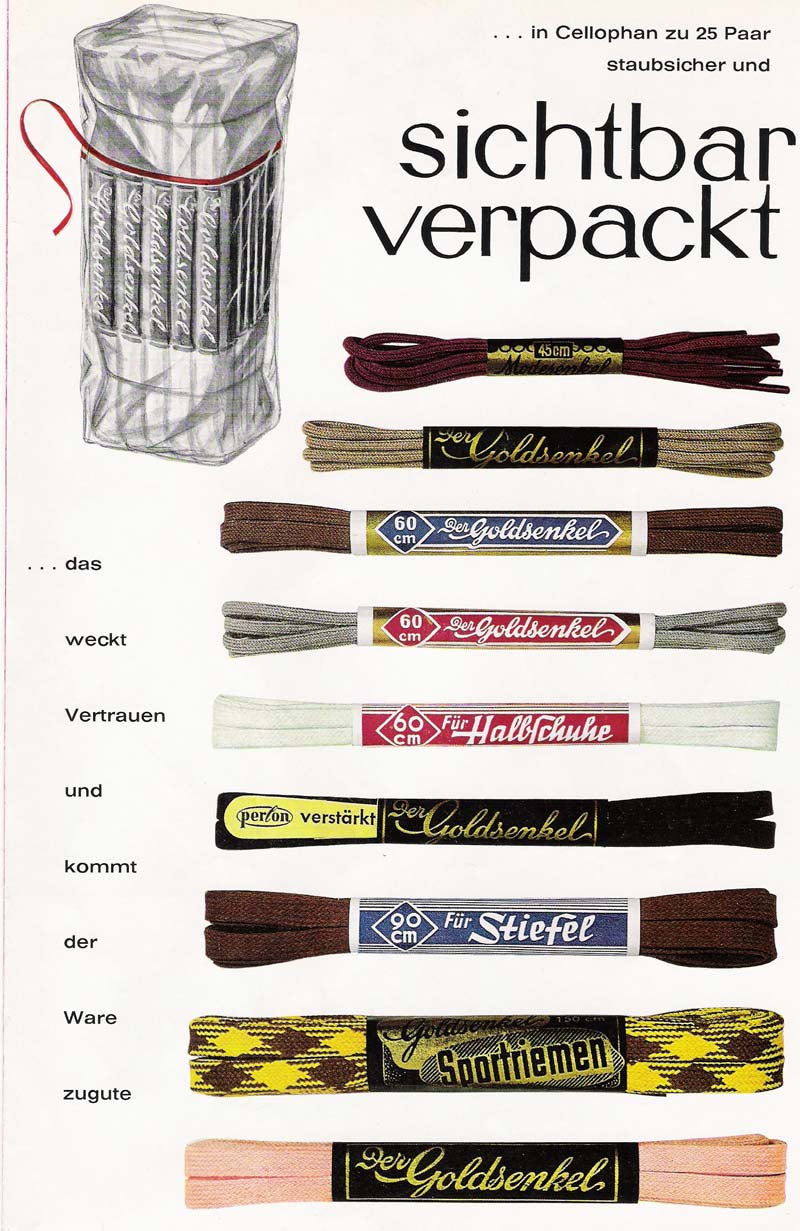 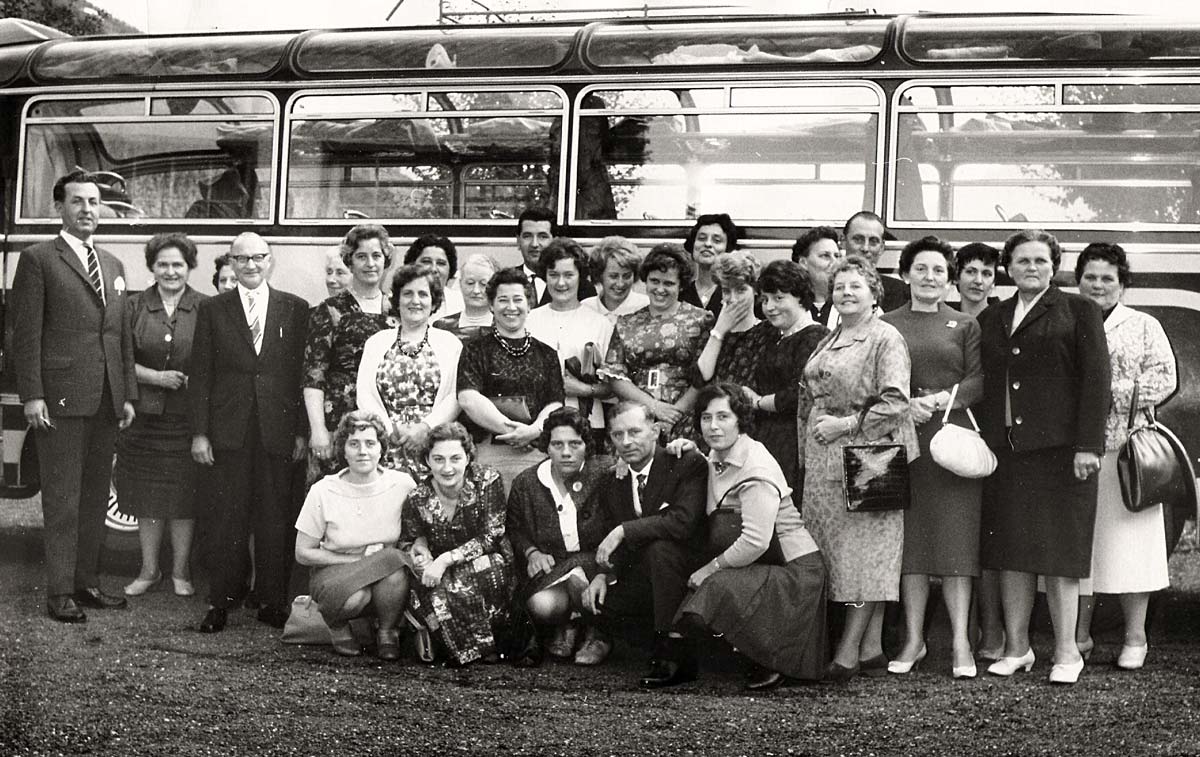